2016 was a great year for the Vernon ATV Club. There were a large number of rides through all seasons and we saw a number of new riders, young families and many of the old regulars.

In the community the club held it’s third cleanup on King Eddy Road, removing 5 truckloads of garbage totalling 2,900lbs. We continued our annual donations to local charities with $750 cash donated to three local charities plus another $400 and 105lbs food bank donation by those attending the club Christmas party. We attended the Canada Day celebrations in Polson Park with machines and information for all the families in attendance. Club volunteers gave over 1,000 hours of their time to club functions in 2016.

We held rides with the Kelowna ATV Club and the Salmon Arm Natures Nomads ATV Club and explored many areas outside our regular stomping grounds of Noble Canyon and King Eddy Road. We had riders join us from as far away as Prince George and New Brunswick.

There’s much more to come in 2017, the club directors are busy working behind the scenes to make the new year bigger and better.

It’s a real pleasure to be part of a group of people who enjoy responsibly using the great resource that this province provides us and who contribute so much to each other and the community! 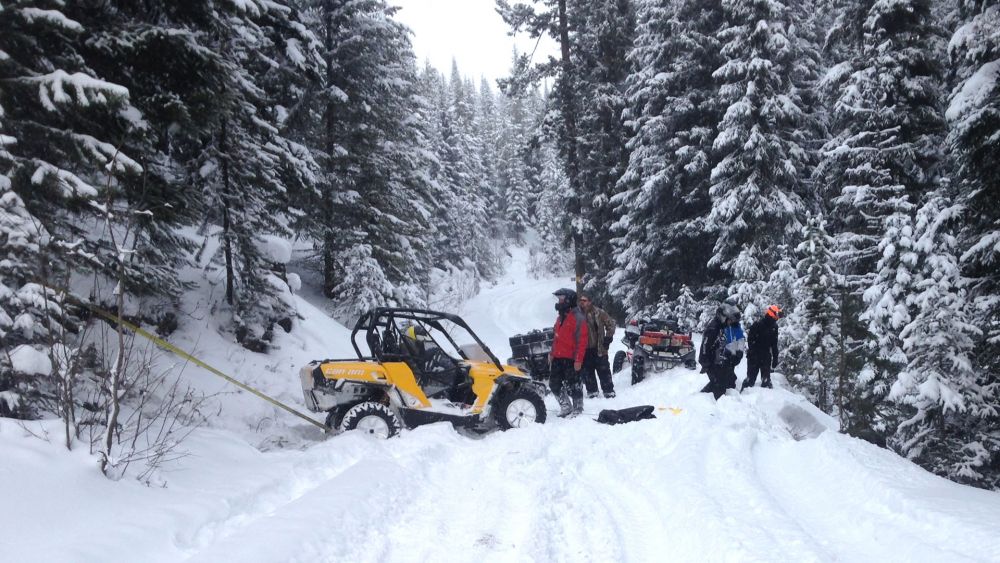 Start the year off right, but not too early ok! Bring your after-party remedy of choice and be ready to ride at 11:30am Sunday, January 1, 2017.

Starting from the bottom of King Eddy FSR, this ride will explore some of the trails that have been pre-ridden over the holidays.

Dress warm and bring a lunch to have at the lunch bonfire around 1:00pm. Ride will be the usual winter exploration ride consisting of main forest service roads and as many trails as possible. Trail difficulty is normally green to blue in winter conditions and assistance will be provided to anyone needing it. 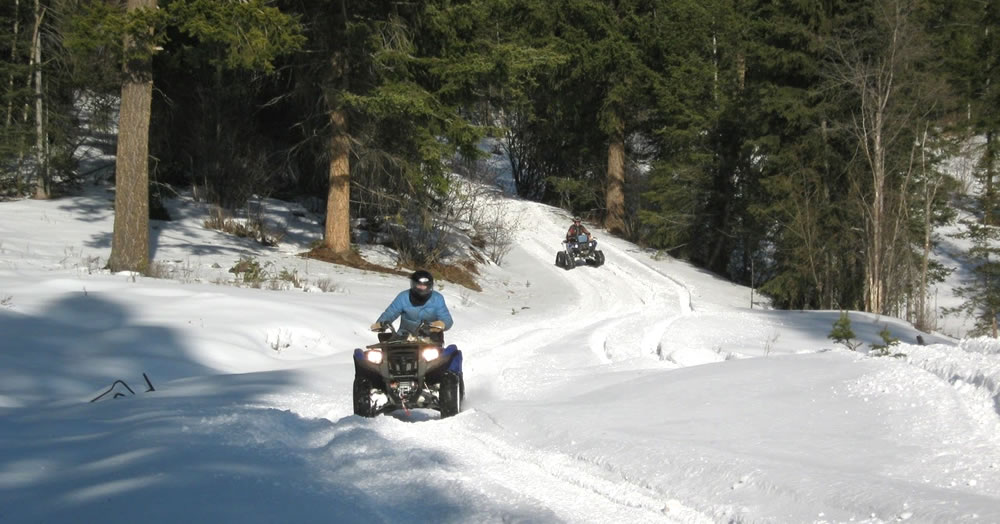 Meet up at 9:30, ready to ride at 10:00am from the cattleguard at the bottom of King Eddy FSR. Dress appropriately and make sure your hand warmers are working!

This ride will explore where we can go given the snow conditions and link together as many trails as possible. Speeds will go from trail speeds up to 60km/h on open roads, difficulty will range from Green (easy) up to upper Blue (upper intermediate) with assistance for technical sections if needed.

45 minute campfire lunch and a couple other short breaks. We’ll be back down by 3:00pm.